Remember the comic I released a while ago?

… no? Doesn’t surprise me, it’s been a while. Anyway, I’ve put that one up for free! So, for anyone who’d like a read at it, click HERE. I even added an “online read” option, hosted on Smackjeeves (like my webcomic).

And that’s it. Hope you like it, and feel free to leave any comments. Seeya next time! ^^ 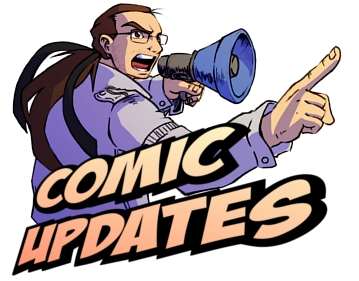 Yep, new one to the archive. Hope you enjoy, and whatnot. If ye don’t… tough luck. 😛

Made another one o’ those. Check it out below:

CLICK HERE to watch the finished artwork. Seeya next time! ^^

Got something that runs on iOS? An iPad, an iPhone, an iThinkappleneedstocomeupwithbetternamesfortheirshit… whatever. If you’re interested in BattleCON, you really should take a look at this baby right here:

“BattleCON is a fast paced head to head card game based on the mechancis of a 2d fighting game. It’s easy to learn but has deep strategies and tactics.

The BattleCON iOS app runs on iPads, iPhones, and iPods. The iPad version is shown here. The frame rate is choked to 10 fps for this demo (recorded on a desktop), but the final version of the game runs smoothly on iDevices.

The game supports online play via game center, and is planned to have solo play vs. an AI.

We’re expecting to release it sometime in April! Keep checking back for updates!”

So, yep… a card battling videogame of a physical card game based on fighting videogames… *mindblown*

… and I’d better get outta here before I start puking out “Yo dawg, I herd” jokes. Seeya next time! ^^

It’s been a while since I last did one of these. So, yeah… enjoy another one of my art replays.

And that’ll be it for today. Seeya next time! ^^

What the crap, indeed! 3 days, and I’m already updating this?! Anyway, click the image, spread it around, and all. Seeya next time… which by the look of it, won’t be too long. XD

New added to the archive. Click the image to view it, hope ye enjoy, and be well! ^^

An indie group, Gyozabot, of which I’m technically a part of as the graphics man, is developing an RPG with RTS elements for Android tablets (a tablet game that’s not casual or a crappy port of an old game? ZOMG!!!), called Seculus. It’s got a pretty nifty concept, both in gameplay and story. Hell, they got me into the project by mentioning “science” and “religion” in the same sentence. I’m a sucker for that kinda conflict, and I’m sure many of you are, too. XD

What’s the catch? The project needs funding, and that’s where the community comes in.

In there you’ll get more info on the project, and all. The desired goal isn’t necessarily a small one, but with 60+ days left (as of the day I’m posting this) one can hope, right?

Watch it, spread it, you know the drill.

“The right weapon for the job”

Hey, everyone. Bringing this up from the grave, and whatnot. Anyway…

New one FINALLY uploaded. Click the image above to check it out, hope ye like it, and whatnot, and let’s hope I don’t take as much time with the next one, eh? XD